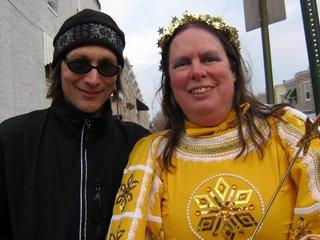 “Man About Town” Tom Warner and “Underdog” Suzanne Muldowney send you tidings of comfort and joy.

It’s that time again…time for the Mayor’s Annual Christmas Parade in Hampden and once again the true reason for the holiday season is to see Suzanne Muldowney (pictured left, next to my Cherubic mug), the dancer/choreagrapher who has appeared in the parade as the cartoon character Underdog for most of the past 24 years. This year, the 54-year old native of Delran, N.J. introduced a new character, her “Fairy of the Golden Snow.”

Suzanne Muldowney’s appearances as Underdog have become a parade tradition, no doubt boosted by her frequent appearances on Atomic TV‘s annual holiday specials (not to mention her numerous appearances on Howard Stern’s TV and radio show) and this year’s appearance was even ballyhooed by an article in the Baltimore Messenger: “No need to fear as long as ‘Underdog’ is here.”

Suzanne’s clearly been riding a media juggernaut, as a documentary about her, My Life as An Underdog, was recently screened at Baltimore’s MicroCineFest film festival, where it won the Audience Choice Best Feature and Grand Jury Best Feature awards.

So it was no surprise to see MicroCineFest programmer Skizz Cyzyk and Scott Wallace Brown, who perform as the ukelele and melodica duo The Awkward Sounds of Scott and Skizz (“2 guys playing little music on little instruments”), on hand to jam with the diva fairy.

Skizz, Scott & Suze Have Themselves a Very Awkward Christmas 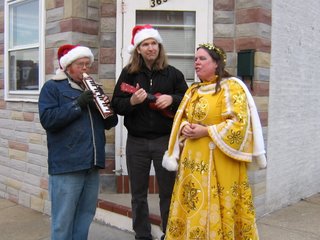 As you can see from the clip posted by Scott Huffines above, Suzanne sang two versions of “Silent Night” with The Awkward Sounds of Scott & Skizz, first singing the verses in Latin and English, then following up the next two verses in Latin. Apparently her use of Latin lyrics caused Suzanne to lose some sleep, for the very next night she left a message on my answering machine, expressing her concern that Atomic TV might air her “Silent Night” performance and confuse viewers unfamiliar with Latin. (Doesn’t she know that Atomic TV is as just dead a communications medium as the Latin language? We’re living in YouTube Times, Suze!) Anyway, she suggested that, since most people were not familiar with Latin, we air her Awkward/Fairy version with subtitles. Like the Baker-Hamilton Iraq Study Group recommendations, we’ll take it under serious advisement.

Suzanne, as per usual, railed against the secularization of Christmas, especially against her nemesis Santa Claus – the Great Deceiver. This year she pointed out the Orwellian aspects of Santa’s surveillance powers (I think his “making a list/checking it twice” powers were recently expanded under the new Patriot Act to now include wiretapping), especially regarding the fact that “He knows when you’ve been naughty, he knows when you’ve been nice.” She even branded Santa Claus “The Unseen but Ominipresent Record-keeping Behavior Monitor.” Now stick that in your chimney and smoke it, Herr Claus! Later, Suzanne confided to her friend Violet Glaze that if Santa had to be included in a holiday parade at all, at least he could be made more palatable by being dressed as an authentic Greek Orthodox bishop. (Now that I’d like to see!)

OK, here’s the rest of my pix of Suzanne and her fans and minions. 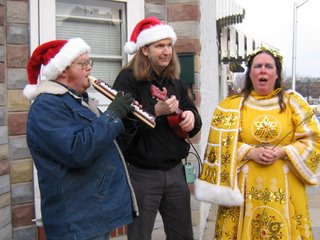 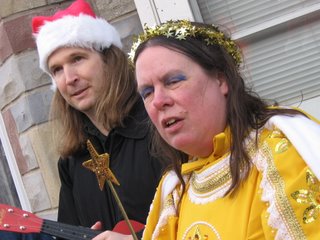 Suzanne Keeps the Beat with her Fairy Wand 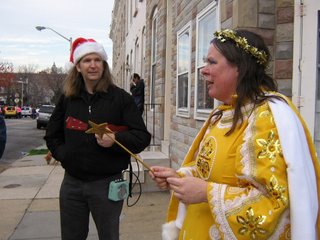 Skizz Backs Off from the Fairy Wand 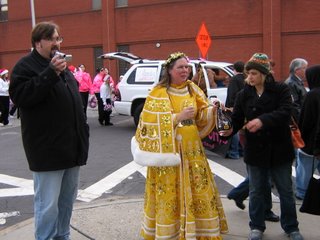 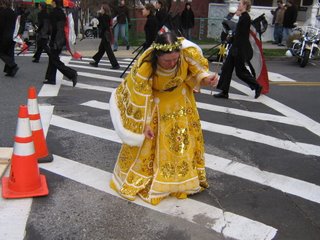 She Stoops To Conquer (Mmmm…Candy!) 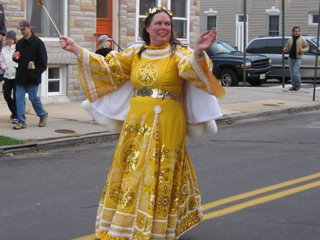 OK, as much as I love Suzanne Muldowney and her grand Golden Snow costume, I have to admit my favorite moment of the day was watching the South American parade formations in their more revealing garb – especially the the Bolivian babes and the Mayan mamacitas! 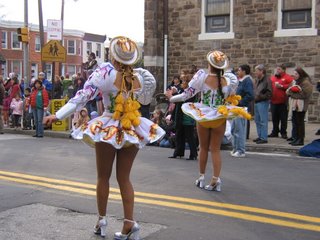 South of the Border: Bolivia Has Back! 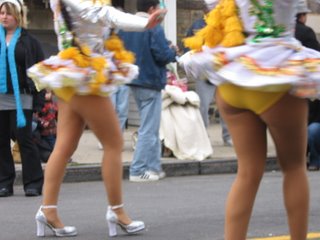 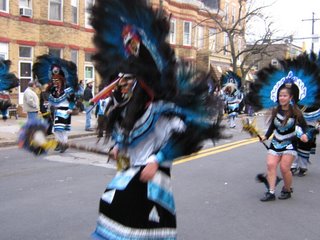 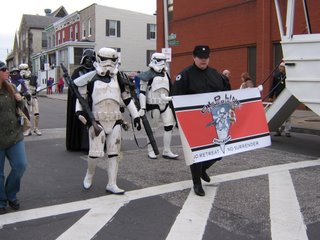 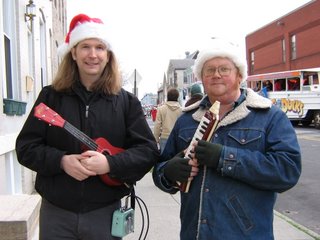 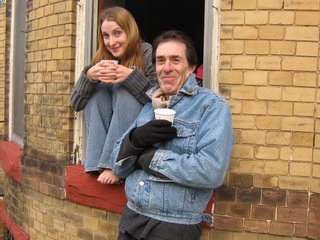 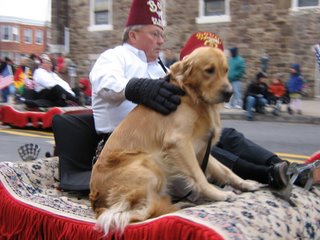 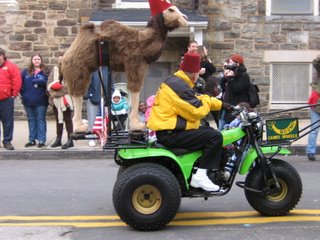 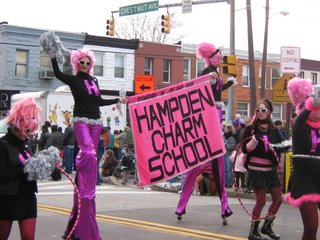 One Response to Hampden Christmas Parade 2006