Carousel Coupling at the City Fair

Anybody remember this infamous incident in the annals of Baltimore Babylon? I must have xeroxed a copy of the newspaper ad, which hangs to this day on my refrigerator… 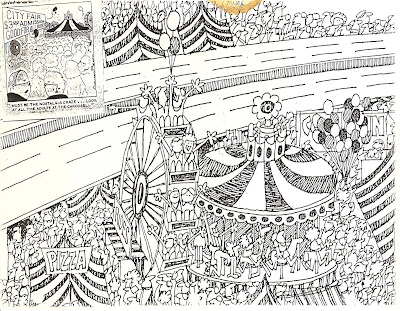 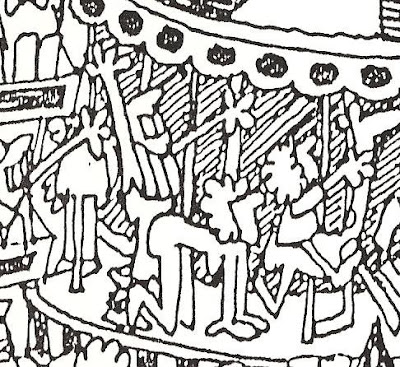 “In 1987, promoters of the Baltimore City Fair published in The Sun and Evening Sun an amusing advertisement that included a Where’s Waldo kind of cartoon showing the crowd at the fair, and a couple coupling on a carousel. Yeah, the last part was a little joke by the art director, whose agency apologized and reimbursed the fair for the ads.”

The full-page ad, which ran Thursday in The Sun and in the early edition of The Evening Sun, depicted masses of people at the fair, including what was widely thought by readers to be a man and woman having sex on a carousel.

The newspaper said it received numerous calls before erasing what appeared to be the woman in final edition.

Baltimore’s Transportation Department, which ran the ad because the fair takes place under the Jones Falls Expressway, said Thursday it has suspended an 18-month account with the advertising agency.

The artist, Don Schnably, told The Sun that the figure thought to be a woman is actually a lion.

“I understand it’s supposed to be a suggestive picture there. It’s not,” he said.

“This is an artist’s rendering. You lust draw fast lines. I don’t want things blown out of proportion. This is ridiculous. This is my livelihood. I’m not about to jeopardize my account.”

Social Security Administration workers couldn’t photocopy the advertisement fast enough, The Sun reported. An enlargement of it spread through the State House in Annapolis. Patrons at a restaurant studied it and tittered over lunch

Leslie Marqua, a spokeswoman for the fair  the fair, said she was “embarrassed, angered, and mortified” when the drawing was brought to her attention.

“Don’t blame the city for what someone else did.” she added.

William G. Evans, president of the advertising firm Schnably, Evans. McLaughlin Inc. agreed the drawing could be interpreted as a lewd act and said the agency takes full responsibility and will pay its $22,000 cost.

The advertisement shows hundreds of people and dozens of booths and rides crammed under the expressway, the city’s north-south artery known to motorists as the JFX. The figures on the carousel are less than an inch high.

The ad read “Suddenly it’s all fun and games under the JFX.”

11 Responses to Carousel Coupling at the City Fair