My City, ‘Tis of Thee

Posted on October 5, 2005 by almosthipguy

SWEET TOWN OF MISERY, OF THEE I SING
(originally posted in Accelerated Decrepitude, 10/5/2005)

I’m trying to compile a list of how my hometown is representin’…in the world of music.

Yes, yes, we all have heard Randy Newman’s uplifting portrait of drunks and lowlifes in “Baltimore,” Bruce Springsteen losing a wife here in “Hungry Heart,” the classic country ballad “The Streets of Baltimore” (covered by many – even Coldplay! – but perhaps best sung by Gram Parsons), the Counting Crows complaining that it’s “Raining In Baltimore,” 50 Cent bemoaning B-town’s bitches in “A Baltimore Love Thing,” and John Kay, in Steppenwolf’s “Sookie Sookie,” imploring people to dance the “Baltimore Jerk”…but the best Baltimore song has to be erstwhile Baltimorian Tori Amos’ greatest claim to shame…her cheesy classic “Baltimore.”

When Amos was 2½, her family moved to Baltimore, where she later attended the Peabody Conservatory. As a high school student at Rockville’s Richard Montgomery High School (where she was voted “Most Likely to Succeed,” “Most Talented,” and “Best All-Around” and “Homecoming Queen”), Myra Ellen Amos co-wrote “Baltimore” with her brother Mike for a competition involving the Baltimore Orioles. This song won the contest and became her first single, a 7″ pressing for family and friends. According to Wikipedia, the single was pressed on only 500 7″ vinyl records and it was given a special citation by the Mayor of Baltimore. (As of the year 2002, a copy of this record complete with original sleeve sells for $2,000-$5,000 USD. A copy with an original resume for “Ellen Amos” could go for as much as $7,000. It features a b-side track called “Walking With You”. It was released on “MEA Records”, which was simply Amos’ initials.) Myra Ellen changed her name to “Tori” right after this. I can see why! But you decide. Released in 1980, “Baltimore” is now celebrating it’s 25th anniversary. Dig the lyrics below!: 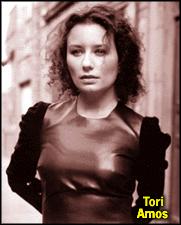 It’s so nice to live here, I’m glad this is my home.
I’ve got a homestead on Baltimore Street, it’s someplace to call my
own…

It’s all kinds of people, familiar places, smiling faces.
I’m proud to say I’m a Baltimorian.
But the ‘Birds’ are the best, the best of Baltimore…

We like it here in Baltimore. There’s so much love in Baltimore.
Working hand in hand, to make this place a better land in Baltimore…
Love is what you’ll find, so stop and take the time.
I’ve got Oriole Baseball on my mind…

We like it here in Baltimore. There’s so much love in Baltimore.
Working hand in hand, to make this place a better land in Baltimore…
Love is what you’ll find, so stop and take the time.
To enjoy the brotherhood of Baltimore…

The sun sets across the bay. I’m glad I spend my day,
In a working American city, with all the people who make it that way.
It’s time to jump in a back seat for Thirty-third Street,
Knowing I’ll be watching those ‘Birds’ go, watching Weaver’s show…

We like it here in Baltimore. There’s so much love in Baltimore.
Working hand in hand, to make this place a better land in Baltimore…
Love is what you’ll find, so stop and take the time.
‘Cause I’ve got Oriole Baseball on my mind…

Other Baltimore songs of note:

When night comes we can go walking
On the shores of Chesapeake Bay
A silence tailored for talking
And a love with so much to say….”

One Response to My City, ‘Tis of Thee