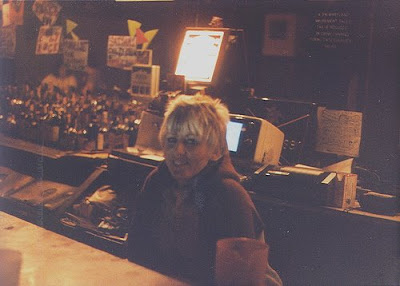 Leslee Anderson behind the Marble Bar

Attention all Marble Bar alumni, whoever and wherever you are. A talented photog going by the nom de Internet “Jack of Hearts” has a fantastic Flickr photostream of bands (local and national) that played Baltimore’s Marble Bar back in the early ’80s. His profile lists his occupation as Fire Alarm Tech, but the guy’s a great picture snapper. (I wonder if I met him back in the day?) Below are his profile pix showing him as both as a longhair and a hell-bent-for-leather boy. 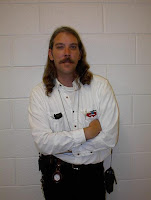 Jack’s band pics profile The Cramps, Monuments, Judie’s Fixation, Oral Fixation, Slickee Boys, Ventures, John Cale, Sex in Miami, even the infamous 1982 Johnny Thunders show at Roger and Leslee Anderson’s historic rock club when an inebriated Thunders stormed off the stage after being beaned in the head by an errant beer can! 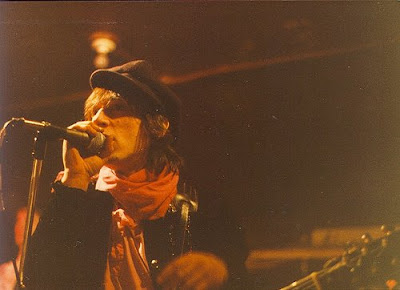 I love his pix of the Judie’s Fixation. Singer-turned-latter-day-body-builder Vaughn Keith (aka “Ben Wah”) was a madman! A ton of rock singers cavort nekkid or semi-nekkid onstage (Lux, Iggy, Red Hot Chili Peppers, etc.), but Vaughn would actually eat beer cans – this in the days before eco-consciousness about recycling aluminum products! hence the blood dripping from his chin in the photos below. 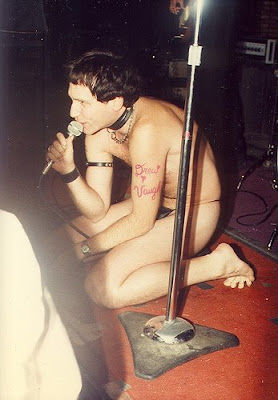 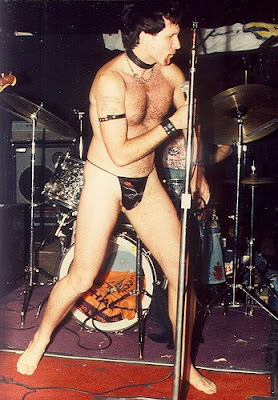 Vaughn recycled beer cans BEFORE it was cool

Vaughn’s 2006 passing from AIDS even made the news in the New Yorker, where he was fondly remembered by music critic Alex Ross:

Quo usque tandem abutere
On World AIDS Day, I’d like to remember my high-school Latin teacher, the fierce Vaughn Keith, who was also the lead singer of the obscurely famous DC punk band Judie’s Fixation. Their hard-hitting anthem “Martyr Me” can be found on the 1978 compilation 30 Seconds Over DC. It holds up. 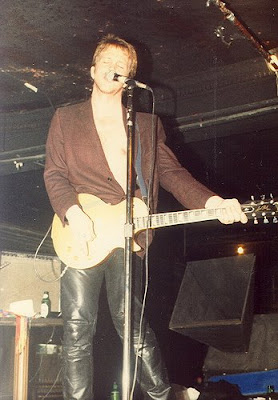 Jack also has a great pantheon of local club and band flyers:
Jack of Hearts’ Balto/DC Club and Band Flyers

This Slickees flyer for a show at the 9:30 Club is especially cool: 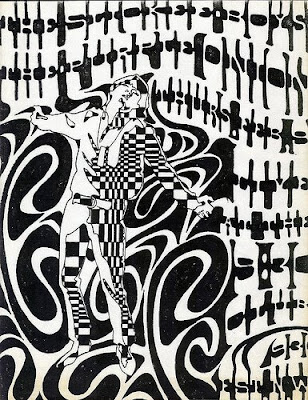 And I really like his Flickr photo set below:
“Friends and other people at the Marble Bar, Baltimore, MD Early 80s“. Highlights below: 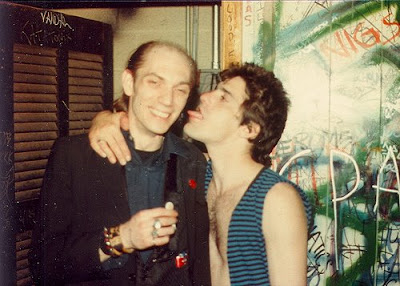 Dave Wilcox: With friends like this, who needs Q Tips? 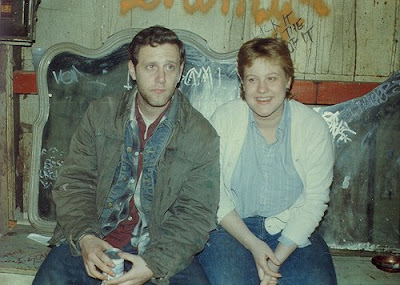 I forget Keith’s last name (Wurst?) but he was certifiably insane in the membrane. I remember he came to a Katatonix gig in Annapolis and his frenetic pogo dancing so impressed a music critic that he got singled out in the review for resembling something along the lines of “Jerry Lewis exposed to repeated electro-shocks.” I vividly recall my last Keith sighting at some Sowebo Festival in the ’90s…he was in that dive bar next to the old Mencken’s Cultured Pearl (now the Vietnamese restaurant Pho), railing against a woman who had the audacity to criticize his beloved Charles Bukowski. “Who are you compared to Bukowski?,” he screamed. “He’s a genius and you’re just a female with a vagina!” [Ed. note: is there any other kind of female? Did I miss something in Biology class?] I think Keith had a drinking problem. Just a guess. 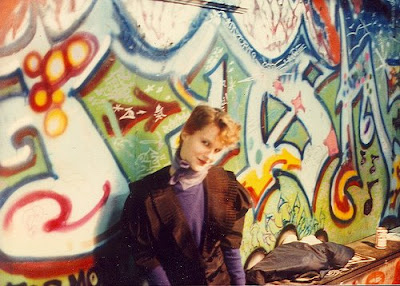 Who wasn’t in love with the lovely Cindy Borschardt, aka “Bobby Sox,” former chanteusse with The Beaters? Obviously, Jack of Hearts was a fan of the photogenic Ms. B. Her sister Susie was equally hot (good gene pool there!). 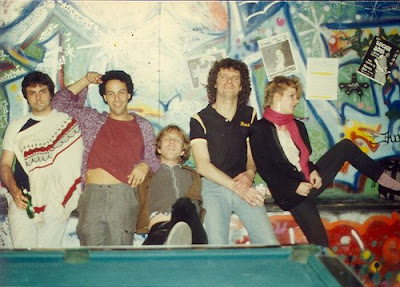 Hail hail, the gang’s all here!

One Response to Marble Bar Pix