(This was a film program I presented in 2005; the flyer was by Mike Rios. Many of the films are available at the Enoch Pratt Free Library.)

If you’re a fan of Bygone Baltimore culture and institutions, you’ll want to check out my upcoming Baltimore Or Less film program at the Enoch Pratt Central Library, Saturday, November 19, 2:30-4:30 p.m. The films cover everything from indie rock songs inspired by Baltimore to the annual Hampden Hon Fest, the famous Mac Lewis Gym in West Baltimore where former World Boxing Champ Hasim “The Rock” Rahman trained, the 1962 Orioles, and fond looks back at classic Natty Boh commercials (thanks Scott!), Mr. Ray, White Tower Restaurants, Edie the Egg Lady, and Dantini the Magician’s memories of his beloved Star-Spangled Banner City.

“Baltimore Or Less” Jules Verdone music video (1999)
There are many songs about Baltimore, from Tori Amos to Randy Newman, but this is the only one we had available to show on video. From former hometown girl Jules Verdone, who found Charm City to be a metaphor her summer doldroms. Recorded live at Fletcher’s. (Tom Warner, 1999, 4 minutes, video)

Excerpts from Baltimore: Modern American City of Charm and Distinction
“Beneath those billowing white clouds is the skyline of Baltimore, metropolis of Maryland, home of a million people. What a change has taken place since that day in 1606 when Capt. John Smith sailed up the placid waters of the Pataspsco,” bellows Lowell Thomas, the world famous broadcaster and journalist who helped pioneer the travelogue film genre, in these delightfully kitschy glimpses of post-War Baltimore. (1950s, 5 minutes, color, video)

“Friends In Low Places” excerpt from People Like Us: Social Class in America (2001)

In America, social class is the elephant in the room that nobody says exists, but it’s hard to ignore in Baltimore, whose blue collar charms have been given national exposure via the films of Barry Levinson and John Waters. This excerpt from Louis Alvarez and Andrew Kolker’s award-winning documentary People Like Us: Social Class In America presents two Charm City hallmarks – big hair (we are, after all, “The Hairdo Capital of the World” according to John Waters) and “dive” bars – and asks whether Baltimore’s eccentricities are being celebrated or mocked for kitsch value. First we see Kelly Conway (pictured above) don her bio-dome sized wig as she heads off to MC the annual Hon Festival in Hampden, then we see slumming Yuppies amuse themselves on a neighborhood “dive bar crawl” through East Baltimore. (2001, 8 minutes, DVD)

The Land of Pleasant Living 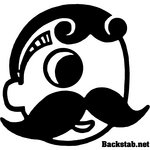 “National Beer, National Beer, we like the taste of National beer.” Sing along to the jingles associated with old Natty Boh, now brewed by the folks at Pabst. Most people associate it with the one-eyed Mr. Boh, but there was a whole cast of characters in the Land of Pleasant Living. Don’t forget: “There’s Chincoteague oysters and crabs and clams, and fried chicken and Virginia hams, and while we’re singing, we’re proud to say, it’s brewed on the shores of the Chesapeake Bay.” (1960s, 10 minutes, video)

“Mr. Ray” excerpt from Steve Yeager’s Divine Trash (1998)
Mr. Ray’s hair weave commercials were a staple of 60s and 70s local TV and his voice was as uniquely identified with Baltimore as Chuck Thompson’s was calling Orioles and Colts games. In this excerpt from Steve Yeager’s award-winning documentary Divine Trash, John Waters reminisces about how he tried to get Mr. Ray to narrate Pink Flamingos, but was rebuffed and had to do it himself under the guise of “Mr. Jay.” (1970s, 2 minutes, video)

This is a tongue-in-cheek biography of Edith “The Egg Lady” Massey, star of the John Waters films Multiple Maniacs, Pink Flamingos, Female Trouble, Desperate Living and Polyester, who passed away in 1984. The film traces her life from a foster home to a career as a B girl on the Block, a barmaid at Pete’s Hotel in Fells Point, owner of the “Miss Edith’s Shopping Bag” thrift shop in Fells Point and finally as a “glamorous” star of John Waters’ underground films. Written, produced and directed by Robert Maier (line producer of Waters’ Desperate Living, Polyester and Hairspray), it won an award at the 1975 Baltimore Film Festival. (Robert Maier, 1975, 14 minutes, 16mm)

The Star-Spangled City: Our Baltimore (1978)
This labor of love was directed, produced and narrated by legendary hometown magician Vincent Dantini, who passed in 1979. It was the Fells Point resisent’s fourth and final film and somewhat of a debacle as Dantini rented out the 13,500-seat Baltimore Civic Center (what today is the 1st Mariner Arena) for its 1978 premiere and lost $5,000 when only 60 people showed up. Besides featuring guest appearances by Blaze Starr, City Councilman Mimi DiPietro, and Mayor William Donald Schaefer, and a look at one of the earliest Baltimore City Fairs, it also manages to capture an inner harbor fire as well! (Dantini Films, 1978, 27 minutes, 16mm)

Stick Him (1978)
This documentary about legendary Baltimore boxing trainer Mac Lewis shows him in the gym and at ringside, offering far more than physical training. Angela May’s film shows that he has the capacity to instill a feeling of worth and self-respect in his fighters. Many local pugilists have trained at Mac Lewis’ Gym, but none more famous than Baltimore’s former WBC-IBF heavyweight world champion Hasim “The Rock” Rahman. (Angela Mays, 1978, 12 minutes, 16mm)

In tribute to Baseball Hall of Fame broadcaster Chuck Thompson, who passed away this past March at age 83, we present this ultra-rare 1962 Orioles season recap narrated by the man who was the voice of the O’s for the better part of five decades, starting in 1955. This amazing historical record contains the oldest known existing COLOR footage of Brooks Robinson and rookie John “Boog” Powell! The film starts off at the O’s minor league camp in Thomasville, Georgia (where you can see Earl Weaver swatting grounders in his pre-managerial days), and continues through Spring Training in Florida. But the most interesting part of all may be the regular season highlights footage, featuring Opening Day at Yankee Stadium and the O’s home opener against the Red Sox (where Brooksie hits his first homer of the season and rookie Boog gets his first major league hit in Memorial Stadium). (27 minutes, 16mm).

3 Responses to “Baltimore or Less”: Short Films About Baltimore