Posted on October 5, 2011 by almosthipguy 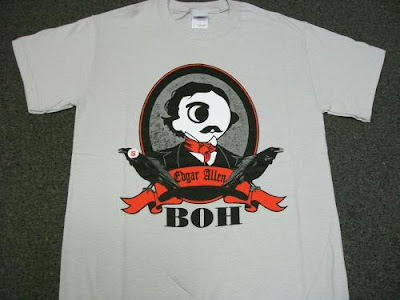 We know how Edgar Allan Poe felt about being dissed: “The thousand injuries of Fortunato I had borne as best I could, but when he ventured upon insult, I vowed revenge” (“The Cask of Amontillado”). No one insulted him (or at least his “Cask of Amontillado” stand-in narrator Montresor) with impunity. Which makes me wonder how he would feel about all the typos that occur when people misspell his middle name “Allan” as “Allen.”

I thought about this because I spotted a great Natty Poe mashup t-shirt at the Natty Boh Gear store (624 Thames Street, Baltimore, MD 21231) during this weekend’s frosty Fell’s Point Fun Festival. I was all set to get it when I realised that it said “Edgar Allen Boh.”

Broken Vowels
“Not to rain on your parade, but I have to point out a typo on your shirt,” I told the vendor. “It’s Edgar A-l-l-a-n, not A-l-l-e-n. Don’t feel bad, even Maryland Public Television gets it wrong,” I added, thinking back to the DVD we recently received at the Enoch Pratt Central Library, Edgar Allen Poe (a 2009 special edition episode of the MPT program Direct Connection with Jeff Salkin). 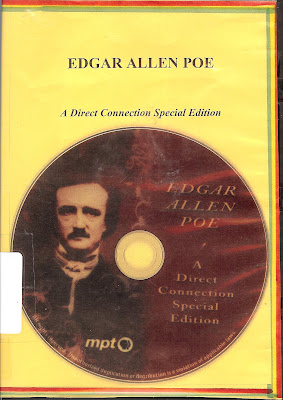 Of course, some vendors selling Poe merchandise avoid the typo snafu by nixing the middle name entirely, like the folks at Natty Poe Baltimore (‎http://shop.nattypoe.com, 826 W. 36th Street, The Avenue in Hampden, Baltimore, 21211). 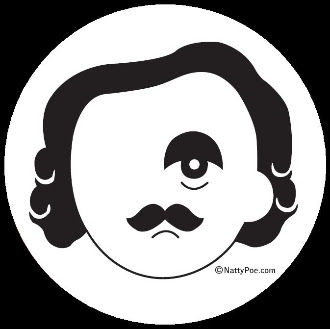 I wonder if the Natty Boh Gear team immediately fixed the typo I pointed out, because a quick search of their online store at www.nattybohgear.com shows the t-shirt in question spelled properly now. 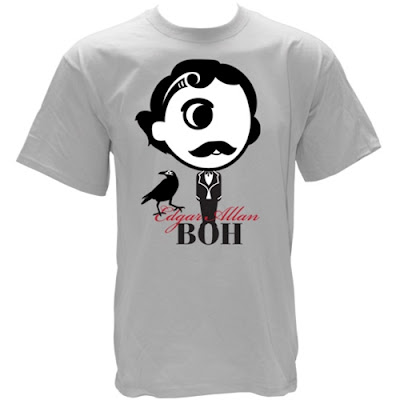 According to the blog “Typo of the day for Librarians,” Poe’s name even causes problems for catalogers (a painfully-anally-rententive breed who, of all people, should know better!), with Allan often misspelled as Allen — this is a “high probability typo” on the Ballard list and has over 1000 hits in Worldcat. 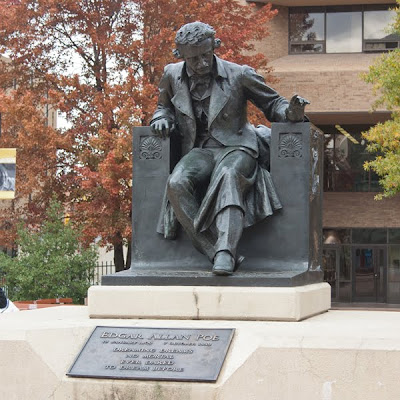 Moses Ezekial’s Poe statue at U of B law School

Not only is Poe’s middle name frequently misspelled by those who should know better, but even the Moses Ezekial statue of Poe that stands near the University of Baltimore School of Law has (and had) typos. The monument was erected in 1921 and its original base, inscribed with a line from Poe’s poem “The Raven,” read: “Dreamng dreams no mortals ever dared to dream before.” Not only was the “i” missing from the first word (“dreamng”), but a superfluous “s” was added to the fourth (“mortals”). 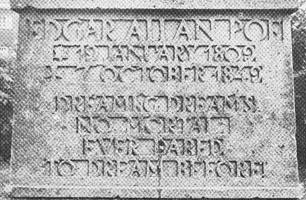 Fontaine chiseled Ezekial out of a typo

No one insults Poe purists with impunity, which is why Baltimore poet Edmond Fontaine took the grammatical slights personally. According to the blog Life’s Little Mysteries:

In 1930, after several years of regularly writing letters of complaint to local newspapers, [Fontaine] finally took a chisel to the statue to remove “the offending letter … for the good of my soul,” he explained at the time. Fontaine was initially arrested for chiseling off the “s” but was later released with a warning.

When the statue was moved in the 1980s, the original base was replaced, and the typos corrected.

Fontaine’s Fix reminds me of another superfluous S in Baltimore lore, specifically that old Mash’s Hams TV and radio commercial: “What’s in a name? Mash’s unscrambled spells HAMS. And what do we do with the other S? That stands for salt – we throw that away.” 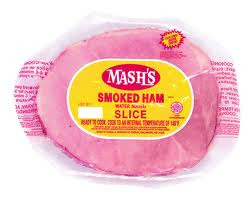 But regarding Poe typos – if only it were that easy to throw them all away like Mash’s salt!