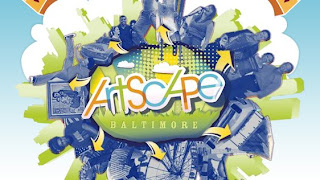 Stop the presses! It was under 90 degrees and there was a BREEZE at Artscape 2009, automatically making it the best festival in recent memory, even if maybe the musical acts weren’t as big as in years past and the parking challenges were the most daunting ever (not surprising given that the Otakon anime event brought an additional 25,000 people downtown to the Convention Center and surrounding environs). So my girlfriend Amy (who loves food and jewelry, which are always on plentiful offer at Artscape) and I ventured out this balmy Saturday to take it all in. Our highlights from Artscape 2009 follow… 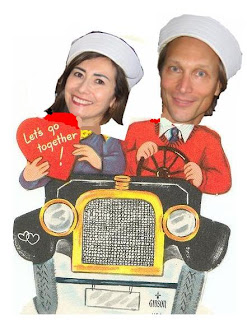 Parking is always an issue at Artscape!

We didn’t even go near the Mount Royal Tavern – my immune system was still on the mend with a Summer cold following last week’s stomach flu, so I couldn’t even think about drinking – so we stayed towards the Charles Street side of the festival, and it was a happening scene what with all the DIY vendors, art cars, Midway exhibitors and that free stuff flea market in the Charles Theater garage.

Yes, this year’s Artscape theme was definitely “Charles in Charge,” as the event continued to move eastward and upward towards the Charles Theatre and the Station North/North Avenue corridor (the latter our latest attempt to create a new artsy Sowebo community in Northeast Bawmer – Norebo, anyone?)