Never mind the rest, Fells Fest is the best 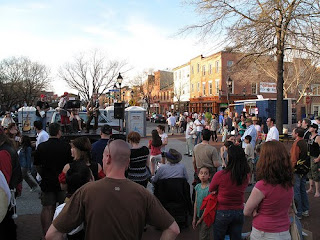 I spent the past weekend doing nothing but playing tennis, eating sushi and walking around the Fells Point Fun Festival, where the sunny fall weather (mid-70s) was so wonderful it made the decision to trek down there both Saturday and Sunday afternoons a no-brainer.

Since I’m in two leagues (over-committing to under-performance with a vengeance!), I had to play tennis both Saturday and Sunday mornings. Once again sticking to an all-too-familiar script, I lost with ease, but that’s OK, since my enormous ego has already deflated to the point where its like a shriveled scrotum that’s starting to be sucked up into my body cavity. At least the Hopkins engineer I played Sunday was nice, explaining the applied physics behind the kick-serves, top-spin and open-stance groundstrokes he used to pummel me into submission. Ah, not to worry: tennis is like sex; even when it’s bad, it’s still good exercise. 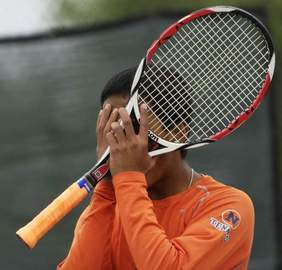 “Is it over yet?”: Tennis Agonistes

Freed of my obligations to exhibit my athletic shortcomings, I picked up my girlfriend and headed down to Fells Point to show off my social and financial limitations at what I consider to be Baltimore’s best fest. Yeah, I know Hon- and Hampdenfest boosters will argue with me that they have all the cool bands and quirky Avenue boutiques uptown, but c’mon…the Fells Point festival has the added bonus of its neighboring Hispanic community, with all those Latino foods and fare in their part of the festival north of the Broadway Market and Eastern Avenue.